Tickets may also be purchased on the door, but please be aware that some shows sell out, and this may not always be possible.

The monthly jazz event at Club 85, Hitchin. Bringing you jazz with attitude; from young and radical to classic with style. JazzUp brings you the best in brilliant live musicianship and uncompromising grooves. Come see the best on the scene from young superstars to seasoned pros at this atmospheric independent live music venue. Suitable for both jazz heads and absolute beginners. “Nice” it ain’t… 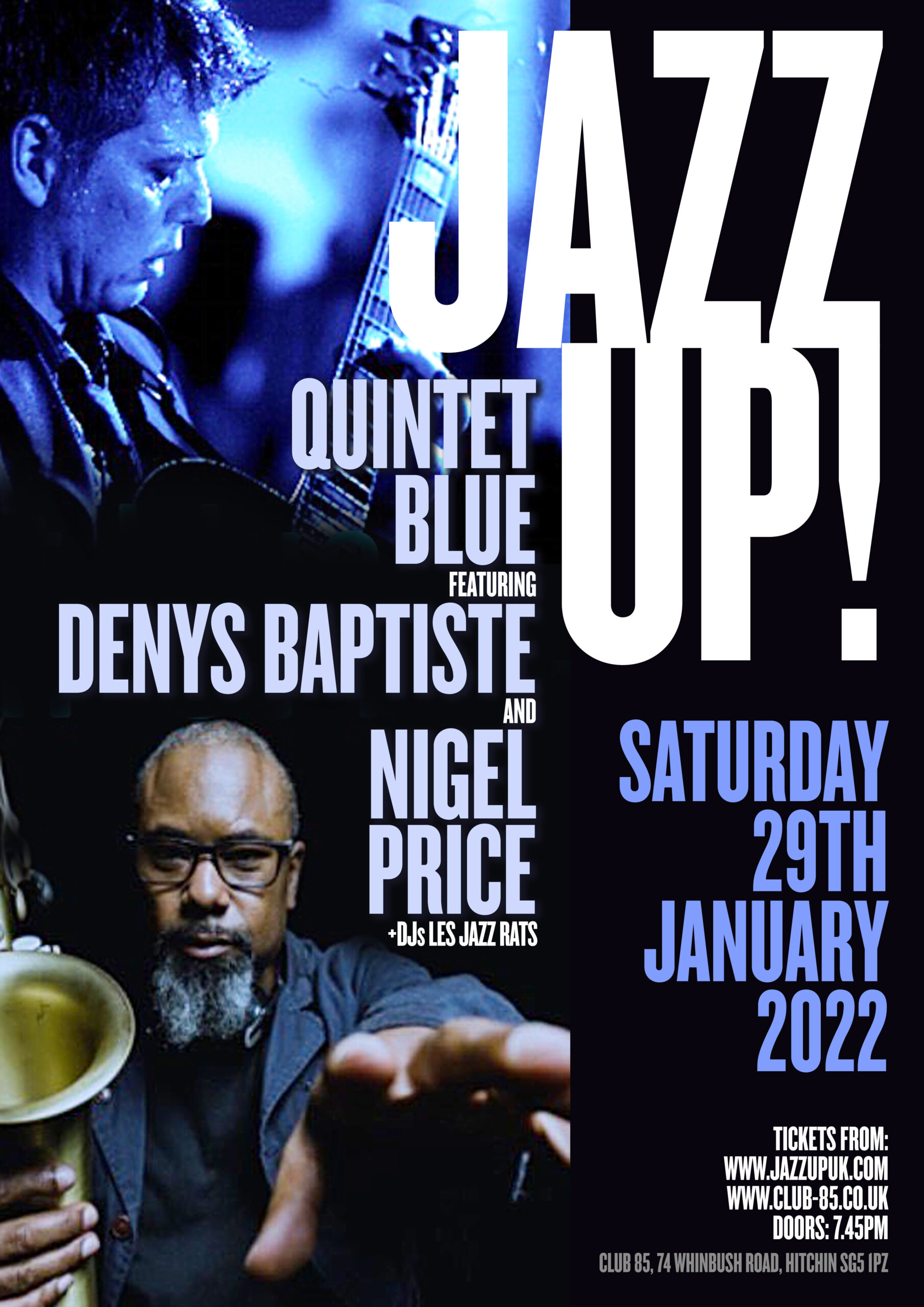 Kicking off the New Year in style with UK jazz heavyweights and young lions!
The Pianist Alex Webb leads this group with a front-line of two of the UK’s greatest jazz improvisers: tenor saxophonist Denys Baptiste and guitarist Nigel Price. Together they celebrate the bluesy, swinging jazz of the 1950s and 60s, with a repertoire of pieces from Wes Montgomery, Kenny Burrell, Ahmad Jamal and others, as well as more recent works from Charlie Haden’s Quartet West.

Time Magazine described Denys Baptiste as an ‘icon of British jazz’, with a most distinctive and immediately recognisable sound. In his time he has received the MOBO Best Jazz Act award twice, and a British Jazz Award for Rising Star. He has played and recorded with some of the biggest names in jazz and other genres including McCoy Tyner, Andrew Hill, Ernest Ranglin, Martin Taylor, Billy Higgins and many more.

Nigel Price is the winner of two British Jazz Awards for best guitarist (2014 & 2016), a virtuoso soloist who has recorded with Van Morrison and JTQ as well as having five albums to his name.

Eric (landlord of The Highlander Pub) and Sten (North Herts FM resident hip-hop DJ) spin jazz and rare grooves exclusively on vinyl. With the last live band set finishing at around 11.00, and a late bar til 1am, our JazzUp DJs invite you to hit the dance floor and party in earnest. 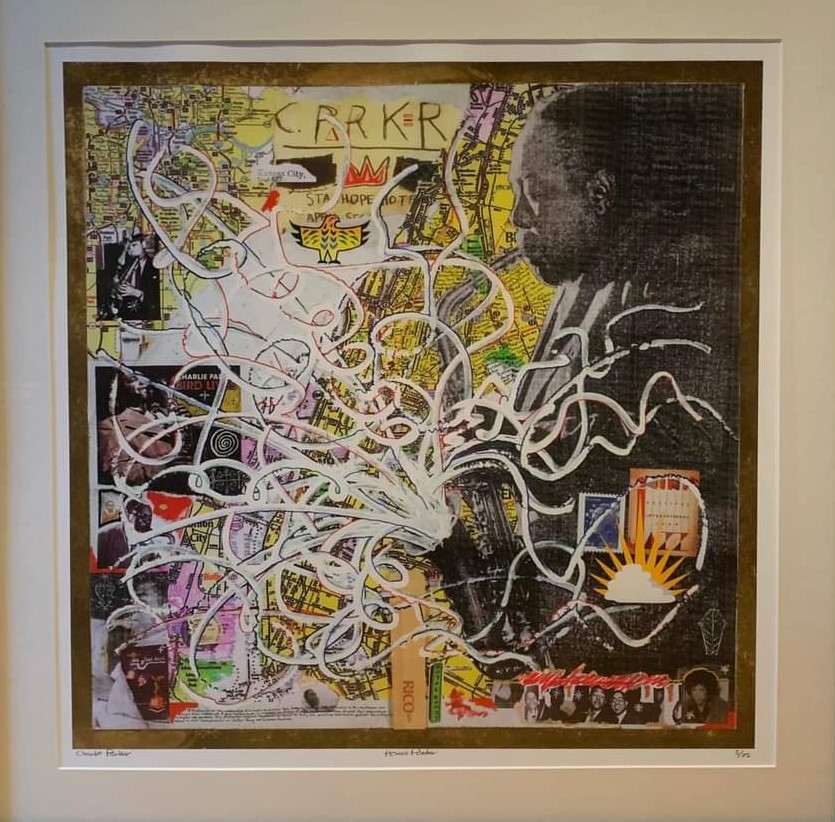 A Unique opportunity to win a signed, limited edition print by artist and bassist with
The Specials HORACE PANTER.
Horace needs no introduction as both sought after artist and iconic musician. Every one of his shows at JazzUp has sold out.

Tickets for the JAZZUP SPRING DRAW will be available tomorrow night at JazzUp, Club 85, and future JazzUps.

Prints are kindly donated by the artist, measure 84×84 cm and are framed and ready to hang.

JazzUp Loyalty Cards are issued free at the discretion of the sponsors to those wishing to attend JazzUp on a regular basis. Loyalty Cards guarantee the lowest price for entry to JazzUp. The price may vary depending on performers’ fees (JazzUp Loyalty cards are not transferable).

Paprika Indian Restaurant, 27 Nightingale Road, Hitchin SG5 1QU offers a 10% JazzUp loyalty card discount on in-house restaurant meals. Please check that the discount is still valid prior to making your purchase (does not include refreshments).

Club 85, 74-77, Whinbush Road, Hitchin, SG5 1PZ  – 16+ with photo ID – younger patrons can be signed in at the door and accompanied for the duration of the show by a responsible adult. JazzUp finishes in time for the last trains to Cambridge, Peterborough and London and we are just five minutes from the station.

Copyright: All the web information and material, including text, images, logos and product names, is the property of JazzUp. The information may not be distributed, modified, displayed or reproduced – in whole or in part – without the prior written permission of JazzUp Admins. Permission for the use of artists images taken at JazzUp events must be obtained in writing from the photographer.